Debugging database queries is now easier than ever before with SQL syntax highlighting in the database tab. You can also enable the prettify mode to reformat the queries for even more readibility. 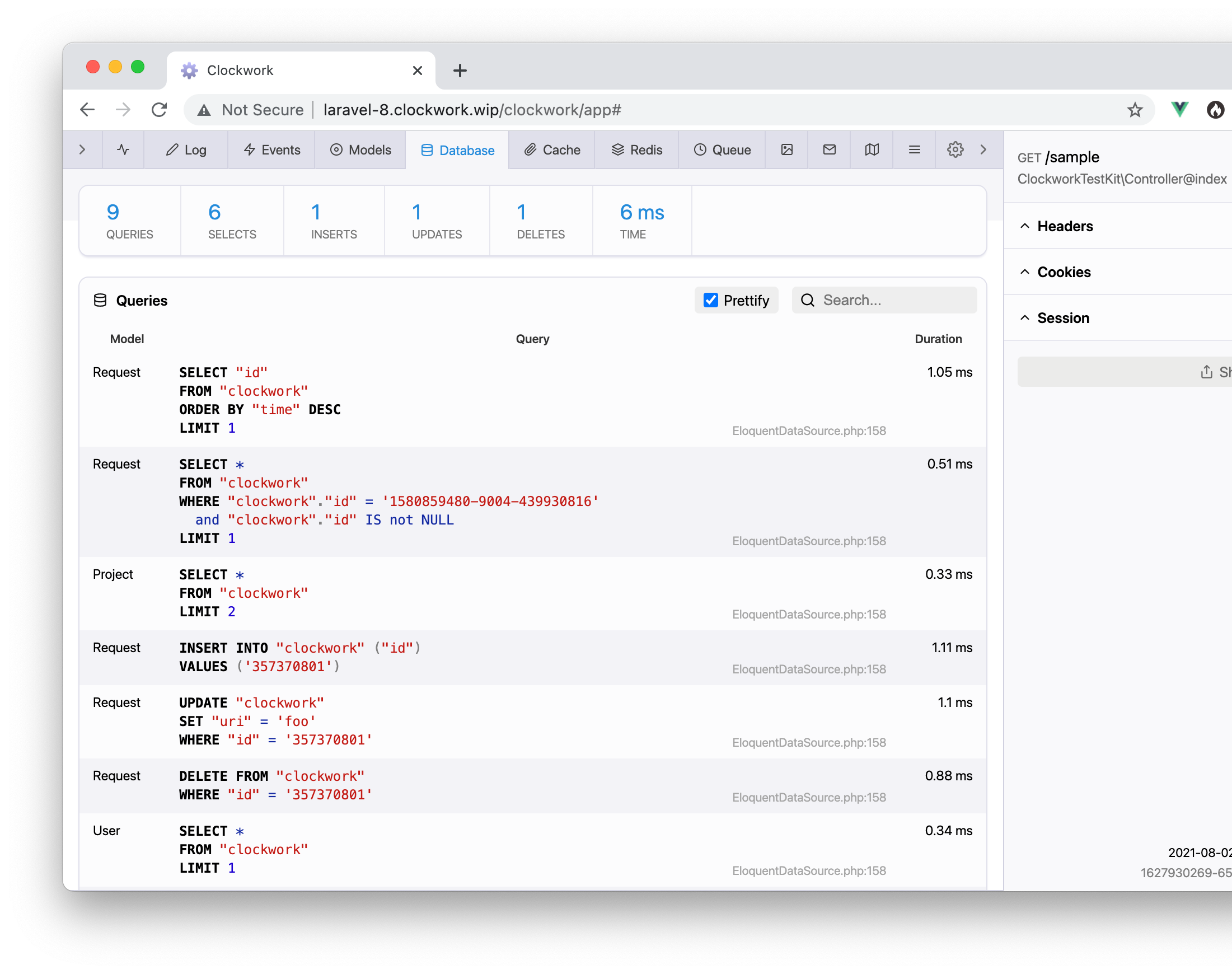 These features were contributed largely by Edgard Lorraine Messias, thanks!

All features are fully supported, except for a slight limitation when filtering requests, where even flitered requests incur the performance overhead of Clockwork when running on Octane. Expect this integration to improve in a future version.

Clockwork arrives at a new platform with it's 5.1 release. Microsoft Edge extension is now available, with full feature parity with the Chrome and Firefox extensions.

The extension is currently in review and should be available on the Edge Add-ons page shortly.

Request URLs are now collected including the query string, so you can copy the full url out of Clockwork. URLs with non-standard ports are now also collected correctly.

Laravel cache queries can now be collected without their values, which is the new default behavior. Collected Laravel routes can now be filtered by their namespace. Vanilla integration now supports the Web UI, see the documentation for instructions.

Fixed an issue where Data section of the sidebar could contain unexpected data and improved its styles. Stack traces popups should no longer overflow the content section. High-precision timings from Xdebug 3 profiles are now correctly displayed. Firefox extension had an issue with cookies handling, this was resolved.

For a full list of improvements and fixes see the changelog.

The next on the schedule is the major Clockwork 6.0 release, expected to be released in late fall. Is there anything you would like to see included in this release? Let us know on Discord, Twitter or email.

If you'd like to support the project, you can consider sponsoring me or simply star the repositories on GitHub and review the extensions. Thanks!